People often ask, “Why a bell?” Was the organization named after someone of that name?  Did it have something to do with the old phone company?

Here is some background: 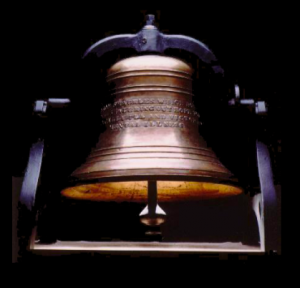 Cast from shackles which bound them, this bell shall ring out hope for the mentally ill and victory over mental illness.
—Inscription on Mental Health Bell

The Mental Health Bell: A Symbol Of Hope

During the early days of mental health treatment, asylums often restrained people who had mental illnesses with iron chains and shackles around their ankles and wrists. With better understanding and treatments, this cruel practice eventually stopped.