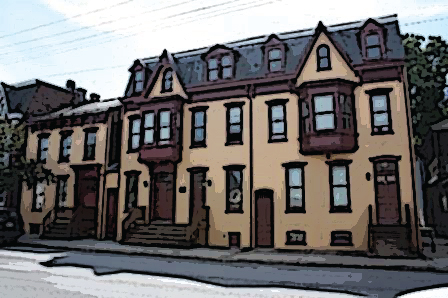 Two jobs lost, a sublease gone wrong, and an eviction notice. Before they could wrap their head around it all, Bryan and Sky Forde’s family was homeless.

“Nothing was in our name and we ended up being evicted because the person we subleased through was not paying the rent [we paid them] to the landlord,” Sky said. 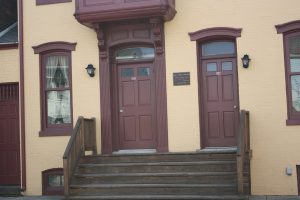 It took the Forde’s close to a month before a room became available at Bell Family Shelter. Until then, they slept in their car some nights and had a temporary spot in another shelter. Sky shared, “when we did get accepted here, it was like a relief…I felt a little bit more hope.”

Shortly before the Forde’s entered Bell Family Shelter, Bryan was in the process of securing a job. He found one: in the mental health department at Bell.

When Bryan was interviewing for his job at Bell, he had to explain why he hadn’t listed an address on his application. He shared with his interviewer that he and his family were homeless. The interviewer jumped into action immediately. She was able to get them into the Shelter and “they [Shelter staff] opened their arms abundantly for us.”

Even though Bryan did find a job, it was still difficult on the family. “Imagine having no place to live and still going to work every day. It was hard, but once we got here, it was great,” he explained.

It’s called Bell Family Shelter for a reason and the Forde’s felt like they were a part of a family right away. “This was a major experience unlike anything that we’ve been through,” Sky mentioned, “It was a real eye opener.”

Bryan and Sky’s three youngest children adjusted to the situation better than their parents did. “We were very open and honest with our children. They were just happy to be amongst a group of kids they could play with,” Bryan said.

After being stable for so long, it was hard for Sky and Bryan to explain to their extended family that they were staying in a shelter. “For us, it was us trying to push through without their help.”

As they are both college graduates, becoming homeless was a heavy weight for sky to bear. “I think that’s what made me feel down a little bit. I was hearing from people, ‘oh you went to college, how do you not have a job?’ And I realized that it happens to the best of us.”

Sky Forde embraces Alice Muldrow after receiving a gift card from Orrstown Bank to help the Fordes get things for their home.

The Forde’s found self-empowerment through working with their caseworker, Mary Allnut. Mary had been a resident of the Shelter herself in 2006 and shared her story with the Forde’s. “I think it’s best when you have someone who’s been through what you’ve been through. You can better relate to it,” Bryan said.

Bryan and Sky share encouragement for other families who may be experiencing homelessness: “Your words are your world. Stay positive. Keep positive notions, and positive things will fall in your favor. It can change if you’re willing to do the work.”

The Forde’s expressed that they know it is possible to be in a shelter, get help, and become self-efficient again, “because we’ve done it.”