Home / Stories / Everyday Heroes / Making the Most of Life

Making the Most of Life 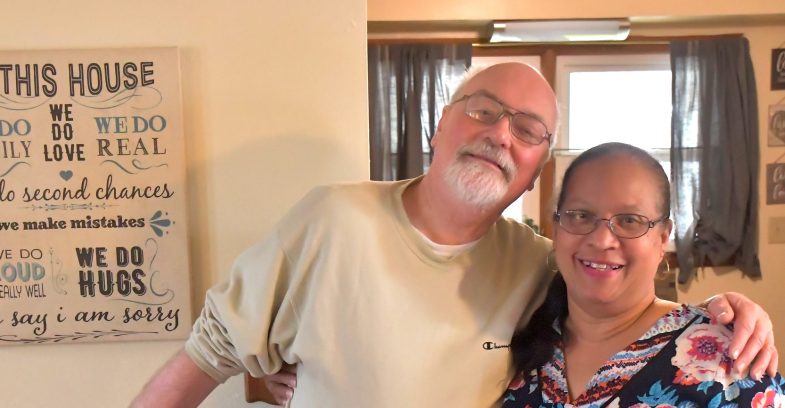 Brian Munchel has held the same job for nearly 30 years while at the same time attending day and evening programs providing socialization opportunities that have allowed him to build confidence and long-time friendships.

Brian grew up and lived in his family home his whole life but after his dad passed and his mom was transitioning into a nursing facility a couple years ago, Brian, at the age of 60, moved into a community living home with two other guys and supervised care.

Now with a year and several months under his belt in the new living situation, Brian is even more active. He recently started attending the White Rose Senior Center where he’s made more friends and enjoys different activities. He sees his sisters regularly and enjoys weekly outings with his two nieces, as well.  He’s got his own self-defined “man cave” where he enjoys reading, watching TV and videos, and listening to music. One of his favorites is Johnny Cash.

“He really seems to enjoy his life,” says residential supervisor, Janet Scott, who oversees the house where Brian lives. “Brian is very sociable and agreeable. He’s upbeat and likes to stay busy.”

Janet herself has been in her role for 25 years. “I love my job,” she says. “You get to really know the people who live in the house and they get to know about you.”

As for Brian, his pride in his work with the maintenance department at Bell Socialization Services has helped him take responsibility around the house, too, where he does his own laundry, keeps his space clean and tidy, and helps with washing dishes after meals.

Brian enthusiastically welcomed York Storyman, Randy Flaum, into his home recently for an interview and is hoping Flaum’s video will be played on White Rose Community Television so he and his roommates can watch it on TV.