Worthy of Love and Belonging 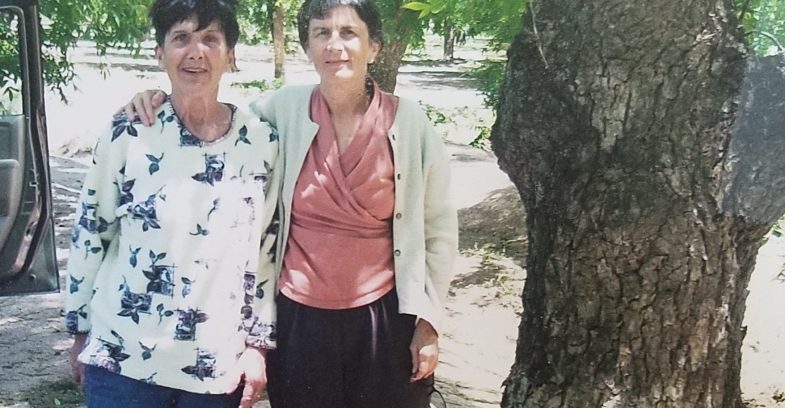 Research professor Brene’ Brown, PhD, LMSW, has spent two decades studying courage, vulnerability, shame and empathy, and shares the stories of her interviews and data collection through lectures, books, and podcasts. Brown inspires us to accept that we’re all messy, loveable beings and encourages extending compassion to one another, and to ourselves.  She says, “You’re imperfect, and you’re wired for struggle, but you are worthy of love and belonging.”

This is an understanding that is at the core of every program of Bell Socialization Services. The agency’s vision is of a community where people are valued and respected and live with dignity. That doesn’t mean despite our illness or disability or circumstance.  Each and every one of us, right here, right now, are worthy just as we are. 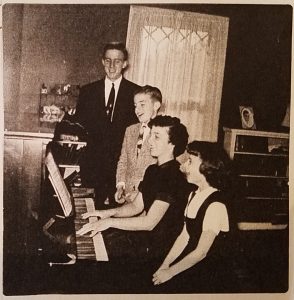 Ann grew up in a middle-class family in a middle-class neighborhood in New Jersey. She played the piano while her sister and brothers sang along. She fussed with her mother over chores and curfews. There was a boy she liked. They went steady. He broke up with her.

And that, according to her brother, Rod, was around the time that things changed. Ann’s moods became volatile, the conflicts with their mother intensified.  A few years later Ann took off across the country with another boy and lived in California without much word to family.

Meanwhile, Rod joined the Navy as an engineer where he met Jane, a nurse from Hellam, PA. They married and moved to York. His mother eventually moved to York County, too, and after a while, Ann came to Pennsylvania, too. The conditions of paranoia and schizophrenia she brought with her eventually required hospitalization and she lived in the Harrisburg State Hospital for a number of years.

Then came an opportunity through the Community/Hospital Projects Program (CHIPP), a state initiative in partnership with local county mental health agencies that enables the discharge of people served in Pennsylvania state hospitals, who no longer required inpatient psychiatric treatment, into more appropriate community-based programs.* Ann connected with CHIPP as soon as Bell Socialization Services became one of the community mental health providers offering the program. She moved into a CHIPP apartment and has stayed with the program for more than 25 years.

Alongside independence, CHIPP care includes case management and treatment services with support to prevent unnecessary future hospital admissions. Staff supervise medications and provide transportation for doctor appointments, group meetings, and other programs and activities participants may choose to attend at their will.

For Ann, this also meant she could manage her own bank account, date, go shopping, and stay connected with the family that loved her. As Rod and Jane had children, and then grandchildren, Ann has been invited to and included in their family gatherings. She belonged there.

It’s obvious in talking with Rod that watching his sister’s struggle over the years has been hard. He speaks lovingly about her and expresses deep gratitude for the care she received through CHIPP. What seems to be most important to him is that he and his sister have been able to remain a part of one another’s lives. Now in her 70s and facing physical challenges, Ann moved into a group home in Hanover where she can receive direct care but is still close to family.

According to Brene’ Brown, “One of the greatest gifts you can give your loved ones is empathy. The gift of being understood. Of being heard. Of having a true and meaningful connection with your loved ones.” Ann’s family has embraced that. It is something we all might endeavor to bring into our every-day language and action.

*Since CHIPP’s inception in 1991/92, the department reports that 3,290 patients were discharged from the state hospitals and $262 million of CHIPP funding has been transferred to community programs through 2015/16. For each person discharged, the department estimates an additional four to five people receive CHIPP-funded community services.

Created as the Pennsylvania State Lunatic Hospital and Union Asylum for the Insane, the Commonwealth’s first public facility to house the mentally ill and disabled, opened October 6, 1851. Renamed in 1921, the Harrisburg State Hospital closed January 27, 2006. 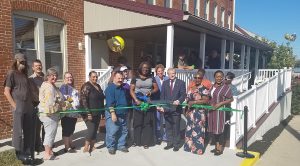 Jefferson Towers was opened in York City by Bell in 2019 to accommodate ten CHIPP residents.

The PA Office of Mental Health and Substance Abuse Services (OMHSAS), Bureau of Community and Hospital Operations provides oversight and partners with County Mental Health to ensure every individual served by the Mental Health and Substance Abuse Service system will have the opportunity for growth, recovery, and inclusion in their community, have access to culturally competent services and supports of their choice, and enjoy a quality of life that includes family and friends.