Home / Stories / Community Partners / Disability Inclusion ‘Works’…for All of ‘Us’

Disability Inclusion ‘Works’…for All of ‘Us’

When Teri Johnescu accepted a position managing the disability inclusion program for GlaxoSmithKline in 2012, she did so with the idea that it would be an opportunity to do good and transform lives. It was, and one of the lives it transformed was hers.

Passionate about her work, Teri hopes she can convince other local employers to increase their workplace diversity through disability employment.

We asked her to share some of the positive impacts she has witnessed and how it is making a difference for people and the company.

Tell us about the company and the project

GlaxoSmithKline (GSK) has Display and Packaging Centers (DPC) here in York, PA as well as in Fresno, California. Both locations provide employment opportunities to people with disabilities through an initiative, named Project ‘Us’, which has employed more than 100 adults with disabilities over a 10-year period.  During that time, we’ve noticed that disability inclusion provides a strong return on investment and positively transforms the culture of the centers.

What happens at the DPC?

GSK Consumer healthcare products, names like Flonase, Abreva, Tums, Sensodyne, and Aquafresh, to name a few, are custom packaged for retailers. On any given day, up to 20 assembly lines build, pack, and prepare displays for shipping.

What role do Project ‘Us’ employees have?

People with disabilities comprise 10-15% of the production floor workforce across three shifts and multiple departments.

How do you find employees for the project?

Individuals with disabilities have difficulty finding jobs on their own as the application and interview process is often not disability friendly. To tap this pool of talent, the DPC formed partnerships with agencies providing vocational support of people with disabilities. Bell Socialization Services is a key partner for the York DPC.

What has the effect been for the company?

Disability inclusion at the DPC yields a strong return on investment in the areas of productivity, lower costs associated with absenteeism and turnover, as well as improved teammate engagement and morale.  In fact, teammate productivity was studied, and it was concluded that the Project ‘Us’ roster does not impede, but rather supports site efficiency goals. More than 60% of the individuals are exceeding the shift average and 30% are exceeding the full expectations of all teammates regardless of any disability compared to 15% overall that are hitting the same goal.

What is the turnover rate for Project ‘Us’ employees?

The turnover rate for permanently employed persons with a disability is less than 1% compared to the overall rate of 24%. Teammate of the Month recognition for strong productivity, teamwork, and attendance, has been presented to Project ‘Us’ teammates 25 times since 2013.

Wow. That’s great. Do you have an idea of why?

People with disabilities want to work. They see the job as a valuable opportunity. They give us their best every day. One Production Supervisor I talked to said, “We have not missed a beat. We are employing adults with disabilities who can perform; they only needed the door opened for them.”

How do you think the program helps employees in the long run?

Employment empowers people with disabilities to form relationships in an integrated setting, gain more control over their lives, and envision a better future for themselves. Overall, four teammates hired through the initiative earned enough money to learn to drive and buy their first car, increasing their independence. Five have been promoted to positions with more responsibility and higher pay. One teammate is attaining a degree in Mechatronics with the help of an employee tuition program. There is no shortage of success stories on the floor. In the words of one Line Leader, “We cheer for them.”

What would you want other businesses to know if they question having teammates with disabilities?

These teammates lead with their work ethic, offer of friendship, and good will toward others. They transform the workplace culture in a reflective way.  Line Leaders note that when placed on the line, and asked about a specific task, teammates with a disability sometimes reply that they are not sure, but that they will try. Compared to typically-abled teammates who quickly say that they can’t complete an assigned task, guess which teammate makes running a line easier. They raise expectations for the entire team.

Fellow assemblers agree that they are an inspiration and are willing to do more, work better, following the example set by teammates with disabilities. Site supervisors grow because of the program, observing that they have been shown a broader way of working with people. People are more open-minded. Working with teammates with disabilities helps the entire team grow and understand people who are different from themselves. They teach patience and tolerance. The impact was felt outside work for one Line Leader who shared that she had become a better parent to her children. Another Line Leader observed that, “Their kindness rubs off on us. They are often funny and bring joy to the line on a gloomy day. They are friendly in a way that reminds us all to be friendly.”

Mick Orndorff, the GSK Manager responsible for the initiative’s implementation ten years ago, sums up the benefit of the program. When we include everyone, we are all better as a team overall. It isn’t about me; it is about ‘Us’. Project ‘Us’ has allowed our teammates a vehicle to help one another each and every day that they come to work. Seeing the growth of the individuals in the program is very rewarding for the site and the greater community. 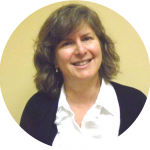 Through her work, Teri is involved as a member of Bell’s Community Engagement Committee. She spends a lot of her free time restoring the Victorian era townhome she shares with her husband Doug and improving conditions on their block of York City. Teri is a foodie who enjoys entertaining at home and dining at her favorite city restaurants. An avid walker and jogger, she can be found exploring the city on foot with a friend on many a weekday morning as a way to learn more about her community and work off those dinners.