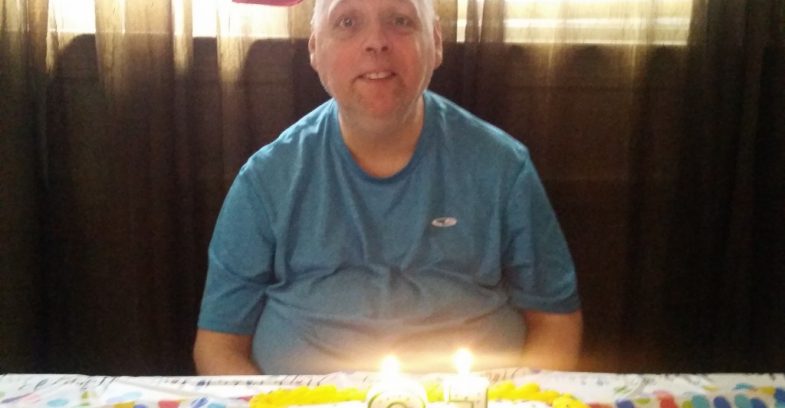 At Bell, caring about one another becomes part of the job

More than 18 years ago, Theresa Franklin was working in a Bell Socialization Services group home when she met Ron at an ice cream social. Little did they know their relationship would blossom and thrive for almost two decades. Since they met, Theresa has made it a point to wish Ron a happy birthday every single year.

Her 18th consecutive “Happy birthday, Ron,” came this past February, and it meant as much to Theresa as it did to Ron.
It’s easy to see how those sorts of long-lasting, meaningful relationships could develop between Bell’s employees and service users.

“Sometimes you’re with the individuals more than you’re with your families,” Theresa says, adding that an empathetic personality is needed for the job. “I can’t teach somebody how to be caring and compassionate. If I could, wouldn’t the world be a better place?  “But my staff members come in and get to know them better than their own families.”

Still, Bell employees have to walk a fine line between providing the utmost care and not becoming too close to their service users. For example, as the assistant director of the intellectual disability department, Theresa says she’s seen firsthand the toll it can take when staff members leave Bell, leaving behind service users who have become emotionally attached to them.

So to avoid that potential for heartache or emotional distress, employees are encouraged to avoid becoming too close to the people with whom they work.

“There’s a fine line,” says Theresa, who oversees 14 houses of Bell’s residential care facilities. “A lot of the literature and trainings tell you that we’re not their friends; we’re their staff. But the lines become blurred.”

“We train our staff that our individuals don’t live in our workplace: We work in their home,” she adds.

“There are boundaries. We’re not their friends,” she says. “But at the same time, working with someone over the course of years, the relationship that develops can be one that becomes meaningful.”
Averie says that’s particularly true with longer-term staff members and longer-term service users.
“They care about one another,” she says. “For some of those we serve, we’re practically their family. They don’t have anyone else.”

Before Ron came to Bell in 1996, he lived in a state-run center. He has a sibling who is involved in his life, Theresa says, but isn’t as deeply involved as Ron would prefer. Living in a Bell group home, Ron sees other individuals whose family members visit more frequently, and he wishes he had those relationships.

That’s where Theresa comes in.

They met in 1998 at that ice cream social. And since 2001, every three to four months, Theresa and Ron have gone out for dinner together. It’s a ritual Theresa doesn’t share with any other Bell service users.

“That’s why I try to give Ron the one thing of me and him going to dinner,” Theresa says.

So it’s no wonder that Theresa was an important guest for Ron’s latest birthday party.

Ron planned the whole shindig, from when to have the party (11:30 a.m. on the day after his birthday) to what to serve (pizza, chicken, salad, macaroni and potato salad, chips and, of course, cake and ice cream) to whom to invite.

The guest list included the “ladies from the office,” seven or eight of the Bell office staff members with whom Ron was close. And Theresa was at the top of the list.

“Working here and working with our individuals, I’ve celebrated everything from birthdays to high school graduations to Christmas and other holidays,” Theresa says. “Our individuals don’t have to accept you into their life.”

But when they do?

“When you build relationships like that … it really means something.”